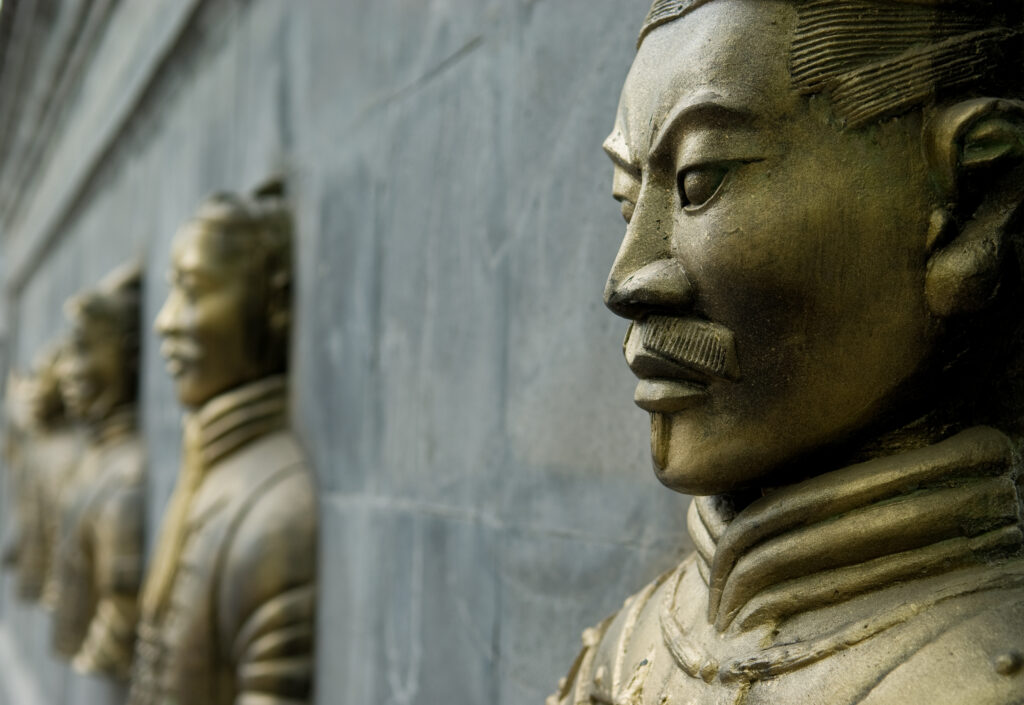 Lessons in Empathy from The Art of War

Does putting yourself in someone else’s shoes seem the stuff of politically correct organizational culture training? Not so, according to Sun Tzu in the Art of War.  It can be critical to your outcomes and the success of your organization.

Tzu’s renowned fifth century text on military strategy has inspired millions from world leaders and CEOs to NFL coaches. Tzu discusses the tactical importance of knowing yourself and understanding others, not as a warm and fuzzy nice-to-have, but for effectiveness and survival. “If you know the enemy and you know yourself, you need not fear the result of a hundred battles. If you know yourself but not the enemy, for every victory gained you will also suffer a defeat. If you know neither the enemy nor yourself, you will succumb in every battle.”1

Even retired U.S. Army Gen. Stanley McChrystal, known for his command-and-control leadership style, values the strategic role of empathy. “Empathy is not sympathy. It does not mean that you rub [your soldiers’] bellies and ask them how they feel every morning. What it means is that you can see [the situation] through their eyes.”

Empathy is defined as the ability to understand and share another’s feelings and is a personality trait linked with the estrogen/oxytocin system of the brain. All of us, including both men and women, display some degree of traits associated with this system. However, some people are much more expressive of these traits.

How To Tell if Someone is Naturally Empathetic

How do you know if someone is naturally high in traits linked to the estrogen/oxytocin system? If you don’t know the results of their NeuroColor inventory, you can still learn a lot about others by paying attention to how they approach discussions, email, and decisions. Even a simple conversation about their weekend or vacation plans can reveal valuable insights.

For those who are highly expressive of the traits associated with the estrogen/oxytocin system, their discussions often touch on what others think and feel, how decisions will impact others, family and personal relationships, and broader context. They are collaborative, read between the lines, and want people to feel valued and included. (A friend who is very high in traits associated with this system recently commented, “I try to remember that all of us wear an invisible sign that says, ‘make me feel important.’”)

They typically look first for their commonalties with others, and they’re inclined to help others despite personal inconvenience. They are often contemplative, and aware of the deeper meanings in a situation. They value individual differences and give others the benefit of the doubt. They consider context and have a good feel for how someone will “hear” a message. Concern for people and relationships is the driving force behind how they see a situation, make decisions, what engages them and motivates their work, and how they interact with colleagues and customers.

Why People May Overestimate Their Level of Empathy

We tend to think that others share our perspective more often than they actually do. Psychologists call this the “false consensus effect,”and it may lead many people to overestimate their level of empathy.

In one study, researchers had participants read about a conflict that had occurred, and two different ways of responding to the conflict. Participants were asked to tell which of the two options they would select, guess which option other people were likely to choose, then describe the type of person who would choose each option. The researchers discovered that it didn’t matter which of the options the participants selected, they tended to believe that most people would also choose that option. The researchers also found that study participants tended to give more extreme descriptions of the characteristics of people who would choose the alternate option.2

To gain a robust understanding of others’ perspectives beyond the false-consensus effect, it is extremely helpful to have people on our team who naturally display high levels of estrogen/oxytocin-linked traits. Making sure that their opinions and ideas inform strategy can translate to a more engaged workplace and better bottom line.

How Can Empathy Affect Results?

When Doug Dietz, an industrial designer at GE Healthcare, visited a hospital to see GE’s MRI scanners in action, it wasn’t his technical discussions with doctors or technicians that set the visit apart. The loud banging of the massive machine was like the decibel level of a steel mill or rock concert, and Dietz saw how the machine terrified the pediatric patient. He watched as the young girl had to be sedated to stay still enough for an accurate scan. Dietz’s first-hand experience – imagining how frightening an MRI must be for children – led to development of the GE Adventure Series of MRI machines. The innovative MRI scanners feature friendly characters and comforting visuals in a variety of themes. Hospital staff lead young patients through by hands-on activities as the MRI becomes part of a camping trip, space travel or underwater adventure. When the new themed machines were used, the number of children requiring pre-MRI sedation dropped from 80% to less than 27%.

Or, think of recent Super Bowl ads. Google’s 2020 “Loretta” commercial showed an older gentleman fondly recalling memories of his life with the now-departed Loretta. It highlighted Google’s ability to help him remember her and specific moments they shared together. In an era of data privacy concerns, empathy and sentiment were used effectively to showcase the positive features of technology. Olay’s 2020 “Space for Women” Super Bowl spot used cleverness and humor to inspire, but made sure to include an empathetic spin. Each time someone used the hashtag (#MakeSpaceForWomen), Olay would donate a dollar to Girls Who Code. Viewers willingly promoted Olay’s brand to contribute to an educational cause.

Facebook established an Empathy Lab where a team of engineers tests new products and features on a magnifier, screen reader and additional equipment commonly used by those who are visually impaired or have other physical handicaps. Team members also use the lab to experience how Facebook functions for those in different regions of the world with smaller screens or slower internet. Facebook’s investment isn’t completely altruistic. Thoughtful design will likely attract more users, and incorporating accessibility from the outset decreases development cost of the features.

These examples offer a glimpse into why empathy – and other traits associated with the estrogen/oxytocin system – have been essential for thousands of years. Especially when part of an individual’s natural preferences, these traits benefit the individual’s team, employer, and customer. This may be because a focus on understanding others often leads to enhanced trust and reduced conflict – two factors associated with higher engagement and better customer understanding. Our experience is that teams that lack an appreciation for empathy-linked traits have higher turnover, lower trust and are not great places to work – which affects everyone’s results.

Unfortunately, empathy can also get a bad rap, which can get in the way of using it effectively on a team. Will pulling in team members who express estrogen/oxytocin-related traits mean drawn-out discussions of what the end user or those impacted by a decision might think, or how they might feel? Possibly, but it is important to note that nobody displays only estrogen/oxytocin traits; each of us is a unique mix of a constellation of other personality traits as well. Even if you intentionally seek to increase the level of empathy on your team, it is important to still look at the whole person. This gets missed by personality “type” tools. At NeuroColor, we focus on more than just your dominant personality traits.  You are a combination of traits linked to four different brain systems – the serotonin, dopamine, estrogen/oxytocin, and testosterone systems.3 Everyone has each of the four systems. It’s the intensities, the mix of high scores – and lower scores – that comprise your unique personality and make you who you are. Unlike other tools, we don’t categorize you as one “type.” It is the mix of your personality traits that makes up you.

You want team members who will add more diversity of thought, including empathy and related traits, but who have the right skill set and experience to help you achieve team goals. Perhaps, in addition to empathy, the right skill set includes a desire to innovate, willingness to take risks, or strong attention to detail. And, you want someone who uses – or can learn to use – their natural empathy effectively. Some who are high in estrogen-linked traits will be a better fit than others who may be equally empathetic.

Sun Tzu’s wisdom stands the test of time. We want people on our team who provide different traits, opposing ideas and opinions, to help us better understand ourselves, our customers, colleagues, and competitors. We benefit from valuing empathy and other estrogen-linked traits as much as we value other leadership qualities. “He who only sees the obvious, wins his battles with difficulty; he who looks below the surface of things, wins with ease.”4

3 In addition, NeuroColor separately measures introversion/extroversion preference and communication style. These traits also play an important role in how we think and behave.

Here’s How to Work Better from Home

People Are Fascinated by What Others Think of Them